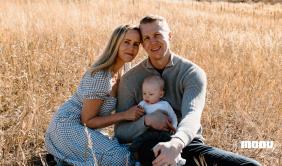 Most internships lead to full-time jobs, not detainment by the UK authorities, followed by an 8-hour interrogation and deportation.

I’d just graduated from college and landed my first, big-time internship abroad working for an investor on the British television show Dragons’ Den (the UK equivalent of Shark Tank). The prospect of working with early-stage entrepreneurs and the venture capital community was a dream come true for an entrepreneurship major. I’d sublet my apartment, sold most of my belongings, and bought my one way ticket for the next stage of my life. Yet there I sat in airport custody, huddled around my three suitcases tightly packed with everything I owned.

Despite what I was told, the company failed to secure my work Visa, and no amount of desperate calls from the detention phone would change their response: there was nothing they could do.

I remember sitting there with my head buried in my hands while the feeling of immense failure overtook me. My carefully crafted plans were over before they started and suddenly I was headed back to the US without a job, without a place to live, and without an idea of what to do next.

While that trip should be a distant memory, it remains as crisp as the day it happened. Like all defining moments in life, it fundamentally changed my trajectory and me as a person. It presented me with a crossroads: one direction was a paralyzing path of blame and regret (which was the easier route to take) while the other was a path of acknowledgement, ownership of the situation, and action. I couldn’t wait for others to help me. I needed to hunt and scrape for everything I got and even then, things might not work out.

I learned that the people you work with and choose to collaborate with day-to-day are the most important element to finding true success.

As Harvey Dent would agree, you make your own luck, and I set out on a journey to do just that.

Using my experience in sales, marketing, product, and finance, I dove headfirst into finding a company with the type of people, mission, and product I could get behind. I found a 30-person startup called HasOffers (now Tune). It was unlike any work environment I’d ever experienced. Exposed brick, open floor plan, the first platform of it’s kind on the cloud with honest, fun people without egos—I was in. Everyone worked with such tenacity because they believed in each other and in the mission. My colleagues were glad to share their knowledge and support my growth.

In five years, we went from 30 people to 500, expanded from Seattle to Seoul, and went from a bootstrapped startup to a VC-backed company with aspirations of IPO. I went from an entry-level sales position to leading a nationwide team. And despite loving the people on my team (so much so that my co-worker became my wife in 2017), the company, and the clients, I eventually felt I wanted to push myself further. How? I wasn’t yet sure.

To reignite my entrepreneurial spark, I decided to go back to the UK (this time avoiding deportation) to learn from some of the brightest minds in the world while studying at Oxford. Saïd School of Business deepened my business acumen and gave me the strategic skills and insight to build a successful and purposeful career. What’s more, I came back to the US prepared to tackle world-scale problems.

That’s when I found CircleCI, the leader in CI/CD technology. It was an outstanding brand with an all-star cast across the leadership team. And, like the promise I made to myself years ago, I had the opportunity to build a sales team under a leader who supported my growth. In four years, we grew to five offices and went from four salespeople to over 100. Then out of nowhere, Moov came knocking at my door.

Now, I don’t believe in destiny, and I also don’t believe that luck has the power to combine all your past experiences and somehow manifest the perfect opportunity right when you’re ready for it. Yet there it was. Moov had a culture-driven team that adored the mission. It offered an exciting startup atmosphere backed by enterprise-level strategy and professionalism. What’s more, Moov is actually solving world-scale challenges—a characteristic I’ve looked for since Oxford.

The more I learned about Moov, the more it felt like a real-life unicorn.

Somehow this startup is collecting elite employees in every single role, at all levels, and their obsession with design and user experience is off the charts.

Seriously, it’s like a team of Michelangelos and the world of payments is their Sistine Chapel. They’re also building incredible code and giving it away for free, all for the sake of building a stronger industry. They’re amassing one of the largest fintech communities to bring knowledge out in the open. They held the first-ever conference for fintech builders and won the North American and global Visa Everywhere Initiative. And on top of all of this, they’re backed by Bain and Andreessen Horowitz. Ummm, what?

I had to learn more. So, I dug into Wade Arnold, Moov’s CEO and co-founder. After reading about his career and the other successful companies he’s built, I just had to meet him. If you think he seems like a nice guy on podcasts, you’re absolutely correct. His genuine love for his team and passion for the company are real, so much so that it somehow radiates off him. And just like the company values, Wade was refreshingly transparent. He openly shared everything about the role, the business, and about him as a person. Within one conversation, I knew I wasn’t joining Moov to fix broken things; I was there to help build an indestructible platform, one with solid foundations that would continuously evolve to serve and push the market.

Now that I’m at Moov, it’s far surpassed my expectations. It’s the exact situation salespeople dream about. Instead of having to dig into existing processes to figure out why sales are declining, Moov has too many leads to handle and I get to help build the team and infrastructure from scratch. It’s pretty exciting. I come away from work every day saying, wow, there’s a lot to do. Only I say it with a big smile on my face.

The culture is also palpable. I’m thrilled to know that Moov supports a culture of fun, positivity, and friendship. It makes me eager to recruit fantastic people for my sales and customer success teams. I’m hoping to find entrepreneurs at heart who are interested in understanding the industry, product, customer pain points, and businesses. I’m assembling a team of special forces who never stop learning, and thrive on sharing knowledge and praise and prefer to execute with autonomy. And, those who like to have fun, joke around, and don’t take themselves too seriously.

If you’re looking to build more skills, bolster your sales playbook, grow your career by learning how to manage or move up the ladder, consider this an open invitation to learn more about Moov. If we’re not hiring for your role yet, send us your resume anyway. Moov checked all the boxes for me: the culture, the people, the product, the market, and the need. I know it will for you, too.

Looking back, I’m not sure I’d have the same appreciation for Moov if I hadn’t experienced that life-altering visa mixup. It’s made me an extremely calculated decision-maker, and I’m all-in on Moov. I know we’re going places. We will make Moov the defacto standard for embedded banking, and with the right team, the sky isn’t even the limit. I mean it when I say there’s a huge opportunity here, and we’ve got the right machinery to take us beyond all existing horizons.

Next up
Expressing gratitude at Moov
Culture • 5m